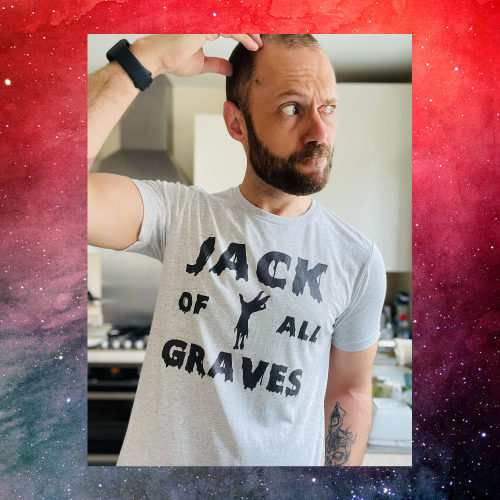 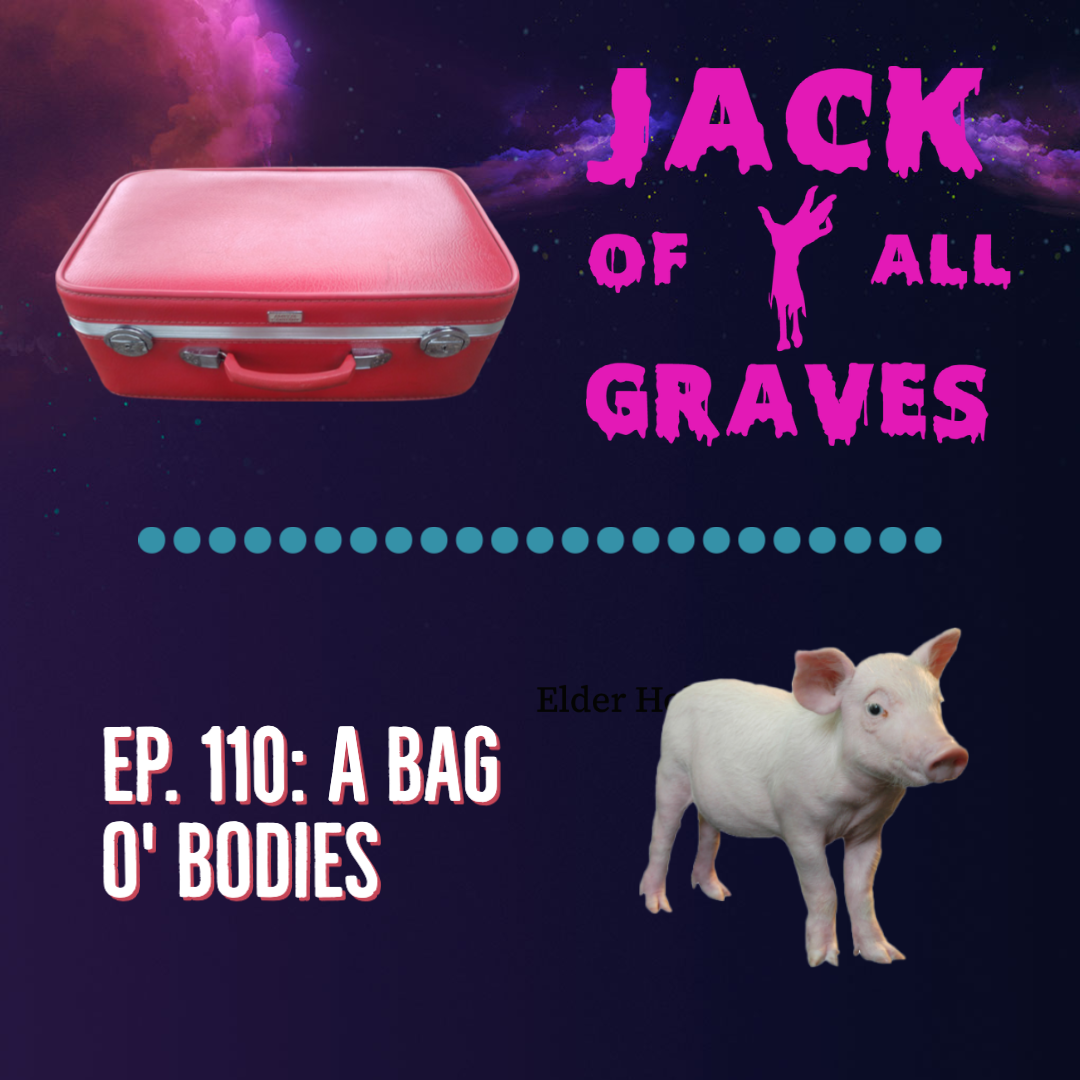 If you live in a big city, you probably pass dozens of people every day hauling their luggage down the sidewalks and subway platforms. But have you ever stopped to wonder if there’s something more sinister in those valises than t-shirts and spare underwear?

[0:00] Mark tells CoRri about the science of decomposition

[16:50] In his own weird way, Mark offers some inspiration, and we talk about our “floating door” getting us through life.

[21:40] Cultural exchange time! We discuss the 5th of November celebrations in the UK, and CoRri talks about her road trip through the South.

[93:00] We discuss people caught on CCTV carting corpses in suitcases 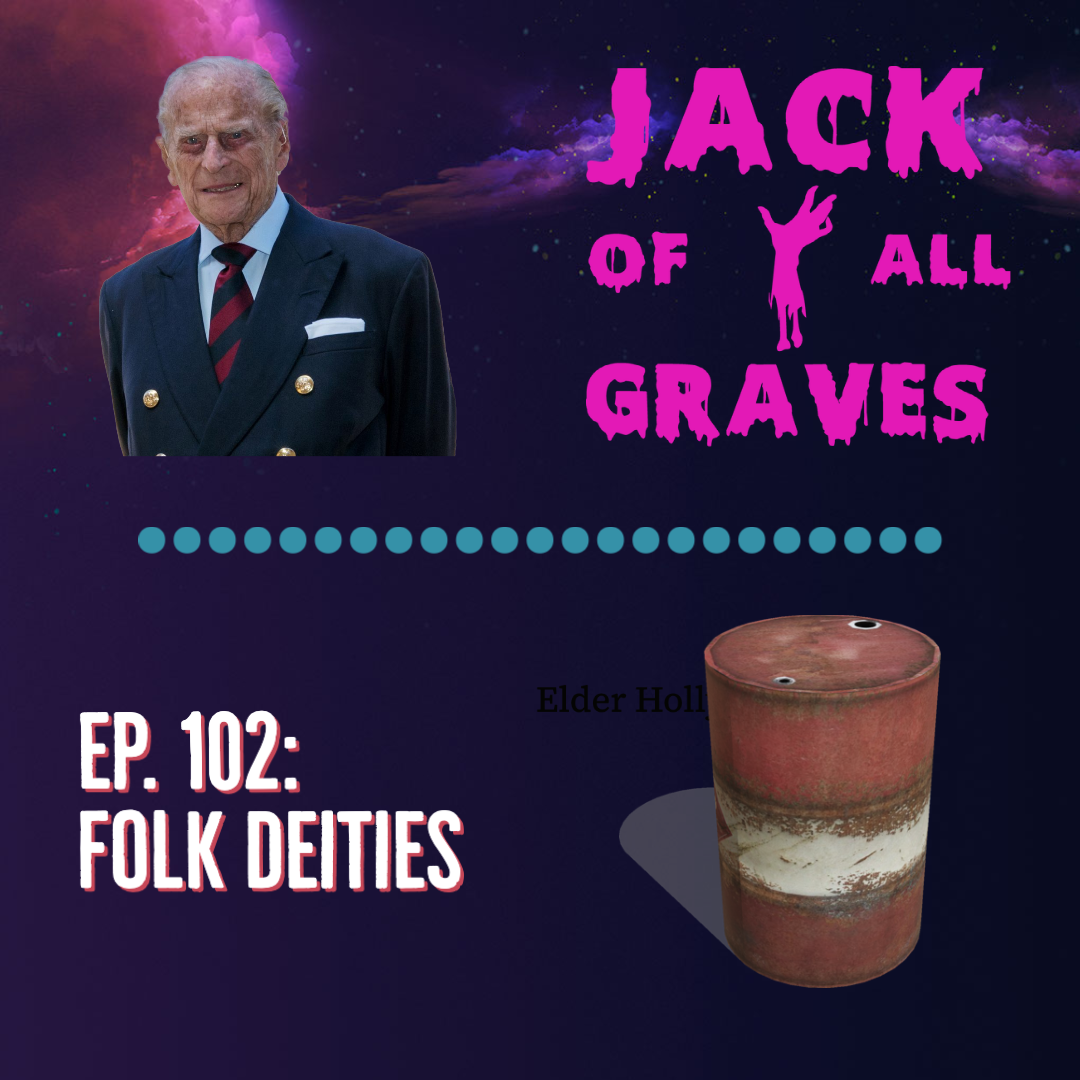 Mark is back! And he wants to talk about folk religion! We chat about corpses uncovered by climate change, potentially necrotic mosquito bites, kind of rad cannibals, and more! Highlights: [0:00] CoRri tells Mark about the corpses in Lake Mead[21:20] We catch up on the past two weeks apart, starting with a very special dedication from Mark and including vivid descriptions of his potentially necrotic mosquito bites! Plus, we discuss the grey pubic hair to death pipeline.[47:50] What we watched![80:50] We discuss some interesting folk religions, some of which involve cannibalism[97:00] Ko-Fi shout outs! Everyone gets a god! Stuff we referenced: Officials reveal new details about the 3 sets of human remains found at Lake Mead Lake Mead Has Hundreds of Bodies Waiting to Be Found Western ‘Megadrought’ Is the Worst in 1,200 Years Multiple sets of remains found in receding Lake Mead. Here’s a timeline of the discoveries. Vegas mob lore floats to the surface along with bodies at Lake Mead ... An article in GQ has CoRri hyperfixated on the gory procedure of surgical leg lengthening, we revisit the royal mourning period in the UK and get an EXTREMELY surprising revelation from Mark, and Mark takes us into the world of conjoined twins and other physical irregularities in the human form. Highlights: [0:00] CoRri tells Mark about leg lengthening surgery[34:30] We get an update on the mourning situation in the UK and find out a SHOCKING revelation regarding Mark’s relationship with the Queen[55:45] We have a conversation about what celebrity deaths affected us the most[65:00] What we watched![95:00] Mark tells CoRri about some fascinating physical irregularities in the human form Stuff we referenced: Historical Vignettes on How the Ilizarov Method C… New Limb-Lengthening Tech May Reduce Complication… How Comrade Ilizarov saved my leg | Health | The… Inside the World of Leg Lengthening | GQ STATISTICS – NORMAL DISTRIBUTION- HEIGHTS ... 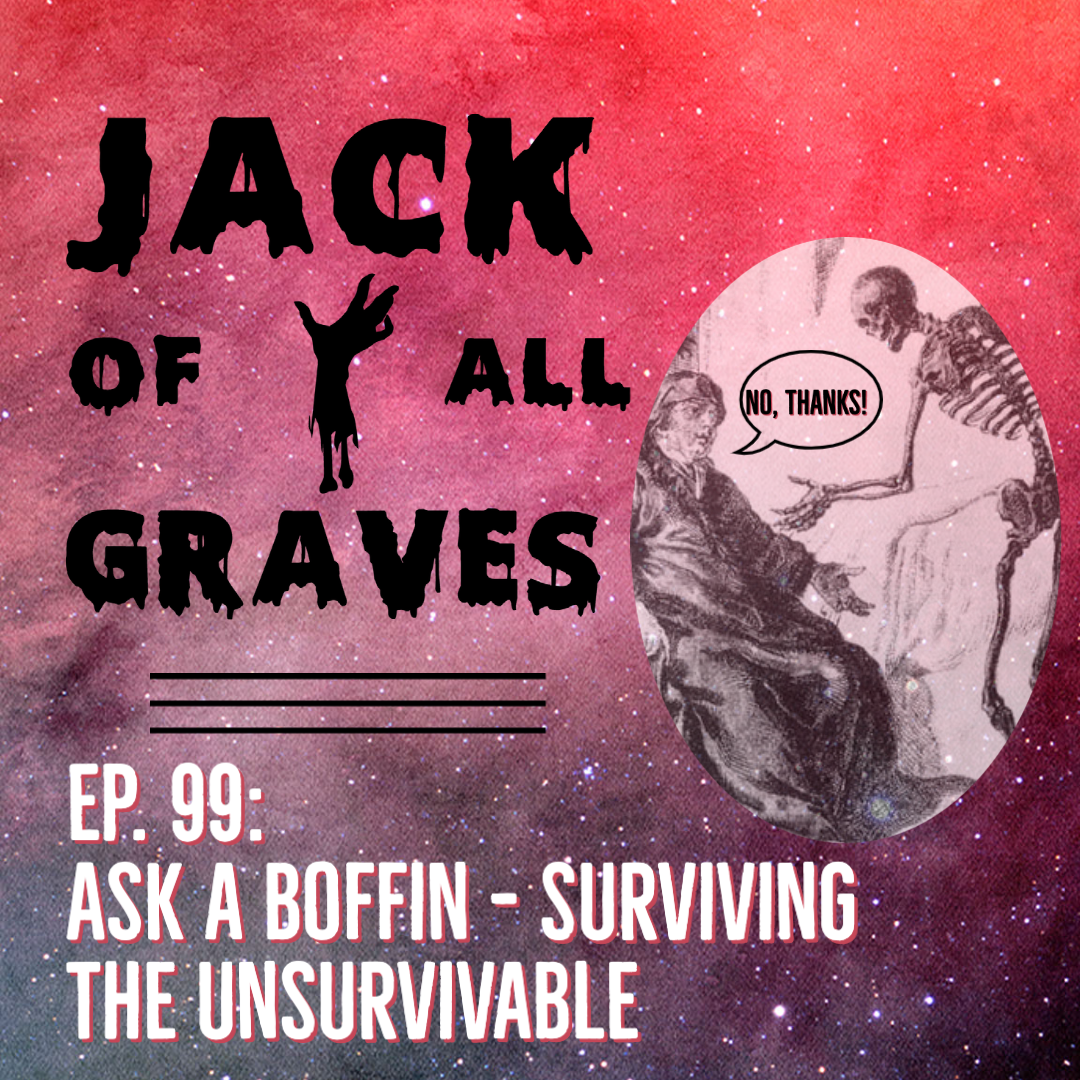 We’ve got your favorite scientist Eileen Marks-Nelson back with us to answer more super weird science questions! This time she’s tackling tips for how to survive scenarios that are nearly impossible to make it out of alive!   Highlights: [0:00] Mark tells CoRri and Eileen about the strange case of the dog suicide bridge[18:02] Thanks for coming to our watch-along and for your Ko-fi support![26:00] Eileen explains sensation-seeking behavior, and administers a test to find out where Mark and CoRri stand on the scale[61:11] We get into surviving (or NOT surviving) some unsurvivable situations Stuff we referenced: Zuckerman, M. (1994). Behavioral Expressions and Biosocial Bases of Sensation Seeking. (p 27) Lust for Life | Psychology Today Sensation seeking and risk-taking – ScienceDirect Sex Differences in the Developmental Trajectories of Impulse Control and Sensation-Seeking from Early Adolescence to Early Adulthood | SpringerLink Steinberg 2007 | PDF | Executive Functions | Adolescence (scribd.com) Around the world, adolescence is a time of heightened sensation seeking and immature self‐regulation (wiley.com) Testosterone exposure, dopaminergic reward, and sensation-seeking in young men – PubMed (nih.gov) A twin study on sensation seeking, risk taking behavior and marijuana use – ScienceDirect Genome-wide association analyses of risk tolerance and risky behaviors in over 1 million individuals identify hundreds of loci and shared genetic influences – PubMed (nih.gov) Genetic underpinnings of risky behaviour relate to altered neuroanatomy – PubMed (nih.gov) Genetically influenced change in sensation seeking drives the rise of delinquent behavior during adolescence (utexas.edu) Sensation Seeking ...